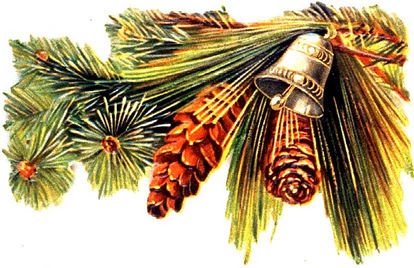 This month’s public meeting of the Society, at 7.45pm on Wednesday 5 December takes us across the ‘pond’ when Chris Ardy returns to present Steam Locomotives – Western USA. Chris will show pictures and videos of steam locomotives from Colorado northwards and westwards including California and Alaska.

Our second meeting in December is a members-only buffet and movie evening and our public meetings resume at 7.45pm on Wednesday 9 January 2019 with a London Underground Miscellany which will include a little history and the architecture of some of the stations.

Our meetings are held at The Wote Street Club in New Road in Basingstoke town centre. We welcome new members to the Society and we are always pleased to see non-members at our meetings at a cost of just £3. More information about the Society, membership and our programme of meetings in 2019 can be found on our website at www.bdrs70d.com or telephone 01256 331002.

At the meeting on 7th November there was a Christmas themed “Bring and Buy Sale” which raised £105 towards the new sound system. David Cowling, the Chairman welcomed everyone and thanked them for making the sale such a success. Tony Brazier, the Secretary, then gave a reminder that the Christmas Lunch at BCOT on Thursday 13 December was at 12.00 and said that there were still 4 places available for the four course lunch with drinks followed by tea or coffee all for £25. Christine Broadbent, the Welfare Officer, gave her up-to-date report in which she mentioned members who had been unwell and with whom she had been in touch with or sent cards to.

The speaker this month was Tom Codling a Community Safety Officer from Hampshire Fire and Rescue Service. He outlined the work done by his department from fire protection, which was checking buildings to ensure that they conformed to Fire Safety Orders, to fire prevention, which entailed visits to people’s home to advise and assess their needs. This was particularly important in the case of vulnerable people or those with lifestyles that would put them at higher risk from either starting a fire or being rescued if one occurred. Overloaded electric plugs and unattended items being cooked on the hob were the cause of a large percentage of fires in the home and he emphasised how just a few simple measures could either avoid fires breaking out, or if they did, to prevent them from spreading throughout the house. Help and advice on all aspects of fire safety is available at hantsfire.gov.uk/yoursafety or on 02380 626751 (Weekdays 9am – 5pm). There are also a series of Ageing Well Events taking place at Basingstoke Fire Station with the December date being Friday 21st from 12 to 1 pm. A number of organisations will be there with tea and coffee also being provided.

The next meeting is on 5th December when there will be a buffet lunch with Gary Myles providing the musical entertainment. The group meets on the first Wednesday of each month (except January 2019 when it will be the second) at Brookvale Village Hall from 10 am to 12 noon and all retired Civil Servants and their partners are welcome. Details can be obtained from the Secretary Tony Brazier on 07715 640171 and for information about our trips please contact Kate Lambeth on 01256 328791.

World Sight Day was our major preoccupation this month. Thanks to The Malls management, who provided us with the space and the marquee outside Boots we had a really successful day. We had over 35 visitors to the stand who had come along to talk to us about their particular problems, and an enormous number of spectacles and lenses were collected for recycling to the 3rd World. Many thanks to all who participated.

Sight and its associated problems and their causes have been at the heart of Lionism since its inception in 1917. Blindness is a terrible affliction which is why Lions Clubs International has programmes across the world designed to combat this scourge wherever it can. I can do no better than invite you to visit the Lions International page of our website www.basingstokelions.org.uk You’ll be astounded.

The main purpose of any Lions Club is to serve its local community to the best of its ability. Last month I gave you an idea of how our Club tries to meet its remit. Our twin Club in Alençon is much larger and has been known to organize lorry loads of shelters, clothing and food to assist people living in dire conditions, particularly in the wake of the demise of the old Soviet Union. Australian Clubs around Sydney have provided very welcome beach shelters and barbecues. The members of an Auckland club I visited were the same sort of good time Charlies as us, putting on events and “sizzling sausages” to support their community. But further up the North Island in New Zealand I visited the Opononi and Districts Lions Club. Not only did they run events, but they ran the library, the tourist information office and the fire brigade. They were also actively helping local families with problems. All the club members got involved. And that is one common thread I have found in all my experiences – good spirited willingness to take on challenges and muck in to get things done. So, in the immortal words of the great Delia Smith “Let’s be havin’ you!” We can’t continue our service without more members.

Almost as important is money, and our Fundraisers (that’s pretty much everyone) are on the job as usual. Between now and Christmas they’ll be out and about at a variety of locations making cash collections to support our donations to areas of need and to spread a little joy. And as soon as the festive season is over, we’re back into concerts and quizzes. The programme so far is:

Finally our members would like to congratulate the Chairman of Helping Hands for the Blind, David Chatten-Smith, on his nomination as one of the finalists in the Groundwork Community Awards – really well deserved! We’d also like to congratulate all those involved in the production of “Popley Matters”, a high quality Community Magazine now up to its 200th edition.

December at The Basingstoke Discovery Centre

Come along and spend the day with artist Jacky Purtill creating seasonal artwork for you or your loved ones. Create either season’s greetings cards or a unique and decorative piece of artwork (framed as required). Tea/coffee and mince pies included.

Staff from Hiltingbury Still will present a fascinating talk on how gin is made, the production techniques and the history of its legal & cultural contexts. Their own products will feature, including seasonal examples. Bottles will be available for purchase – perfect for Christmas gift ideas.

Spend a fun afternoon making a beautiful white willow angel that you can then decorate with fairy lights or just leave it as it is. All materials will be provided (including fairy lights), along with refreshments (tea, coffee, homemade cake).

Help us decorate the library with tissue paper reindeer and make your own Christmas cards.

Join Amanda from Merry-go-Round Storytelling and be part of Jack’s magical adventure of a lifetime. We’ll have fun climbing the beanstalk, outwitting the Giant and seeing Jack’s fortune grow…and grow…and GROW! For children ages 2-6 and their accompanying adult.

The Probus Club of Basingstoke

At the November Probus meeting Malcolm’s talk ‘So far so Good’ is based on his life time experiences covering 24 years in the army as a musician (playing cello on state occasions and banquets) and as a medic serving in Northern Ireland and the first Gulf War.

Malcolm also explains his experience of receiving the MBE at Buckingham Palace together with amusing stories having spent 15 years as National Speaker at Canine Partners – a charity that trains and provides dogs to assist with a range of practical tasks such as provide day to day assistance that may be difficult, painful or impossible to perform including how to teach a dog to use a washing machine!.

Since leaving Canine Partners Malcolm decided to continue as a speaker talking about his own career including many funny anecdotes along the way.

Probus provides a support network for professionals when they retire. These clubs were initially started for men but over the years has seen a steady growth in Ladies and Mixed clubs. Many clubs have extensive networking, social programmes, which include meetings with other Probus clubs, group trips, holidays and involvement in community projects etc..

The Probus Club of Basingstoke is a men only club although there is a Ladies’Probus club also in Basingstoke. We have a small Executive Committee to manage the affairs of the club – meetings, lunches, speakers, trips, finance and publicity.
For further information visit our website: probusbasingstoke.wordpress.com