It Must Be Spring

Rick,
I was walking into town along the railway bank path today and spotted this
common lizard out basking. It was exactly the same spot I had spotted one
last year in April but I did not expect to see one out in February. Quite
unusual to be out so early. The second shot was my last as a young lady
jogger rushed past along the path and I guess the vibrations from her
running spooked him. 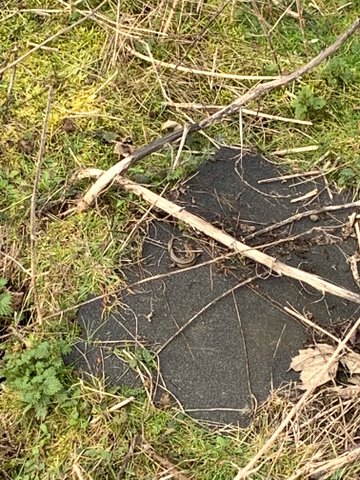