Hopefully, as you read this (early March) signs of spring will have already appeared in your garden in the form of snowdrops, crocus or daffodils. The famous Belle Vue daffs showed themselves around the 19th January, so amongst the rain and snow we had that month, the bright yellow flash of colour was most welcome. About ten days later, regular correspondent Ann Price noted her first garden blooms too.

It was also noticeable toward the end of January how territorial the birds became with Robins fighting everything of similar size that came into the garden, male Blackbirds chasing each other off and Dunnocks doing their crazy little clockwork-type dancing with each other on the fences.

A few Redwings have ventured in to feast on berries but apart from that recent cold week just one or two of other hoped-for winter visitors have materialised, including a Fieldfare having his daily apple in Alan Williams' Park Lane garden.

During the late-January Garden Birdwatch, which I hope many of you took part in, we spied a decent quantity and variety of birds in our hour session, though nothing special, apart perhaps for a Blackcap. Previously mentioned Alan was lucky enough to have a pair of Bramblings visit the sunflower feeder and these typical winter visitors stood out from the crowd of Greenfinches that also turned up that day. Which reminds me, I must send my results in too! 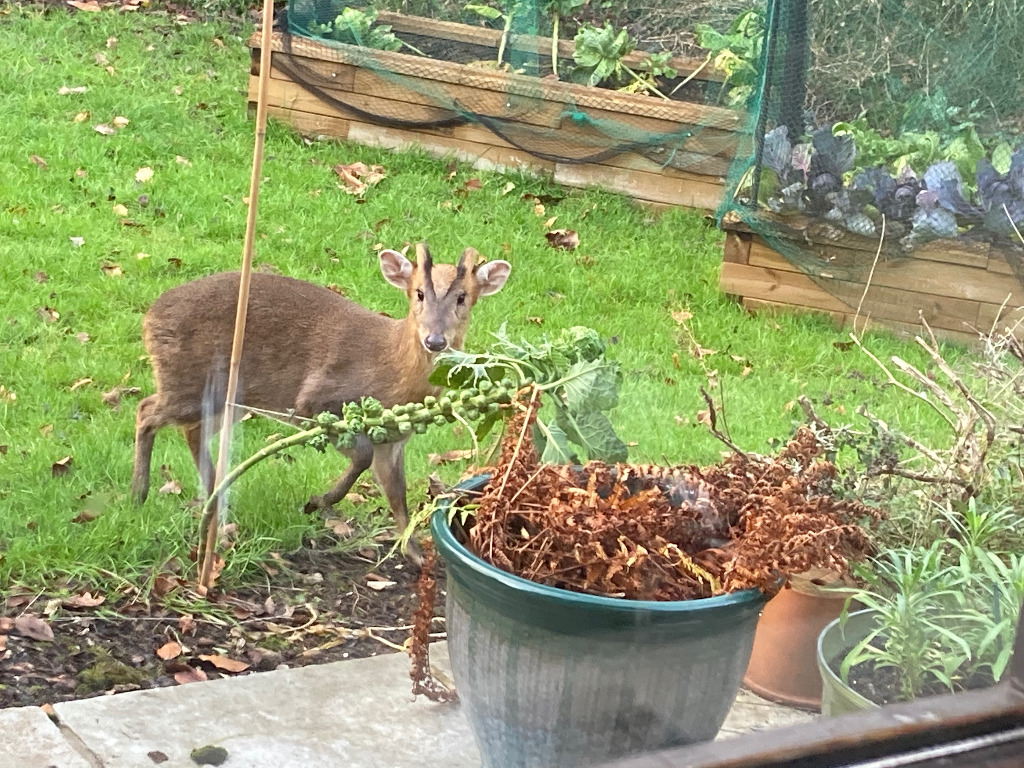 I’ve had a couple of photos sent to me of pheasants turning up in gardens which isn’t surprising really as released birds I guess aren’t perhaps so timid as their wild cousins and there will be a greater number of them about now the shortened season is at an end. Come March to April don’t be surprised to see more game birds around the place, especially Red Legged Partridges, strolling down a road near you, pecking away at the surface as they gather grit to bolster their egg-laying metabolism.

I’m sure many of you would have had ‘projects’ indoors or out over the past 12 months and one of mine was to create a double-partitioned compost heap from wooden pallets. The experts say to then cover your compost heaps with an old carpet to speed the process but this of course also creates a nice warm environment for ‘other things’. So, when I uncovered one part I’m not sure who was most surprised, me or the Field Vole who scurried back and forth looking for one of the tunnels it had made!

I was pleased to receive this lovely photograph of a young buck Roe Deer (see above), caught it the act of nicking some plants in the garden of Tim Shapland in Norton Ride. Its amazing how bold some deer can be when others I come across, especially when out beating, run like the wind when disturbed. It’s the temptation of an easy breakfast I guess! 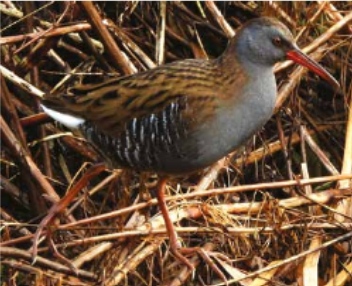 Jim Andrews has been out and about again with his camera and snapped this fabulous Water Rail among the reeds close to Tithe Barn area (see right). Again, a bird that you are more likely to find during the colder months, it is a most welcome sight along a river stretch that has become almost devoid of Moorhens and Coots due to the scourge of Mink devouring eggs and young during the previous Spring.