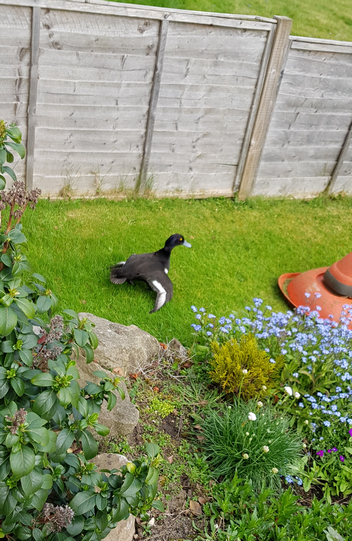 Hi Rick
1. Reasons not to like Pigeons
We have a TV aerial attached to the back wall of our house; inevitably, it partly projects across the end of the roof. Pigeons like to sit on it, and to defecate onto the tiled roof below. This fertilises the moss, which (and nowhere else on our roof) rolls down into the gutter. Which in turn blocks the downpipe. Result: £100 to have it fixed.
2. Reasons to like Red Kites
A red kite likes to sit in our neighbour’s tall fir tree at the end of our garden. He’s there so regularly we’ve named him Fred, after the Peter Sellers character Fred Kite in the 1959 film ‘I’m All Right Jack’. He took off from the top of the tree as usual, and almost immediately a pigeon landed on ‘his’ branch. Executing a graceful turn, the kite came round to the fir tree again, stooped, and in a second had the pigeon in his talons. He then set off to the North, carrying the pigeon, no doubt for a tasty snack with his family…. I guess carrion wasn’t in evidence, and the pigeon looked too good to pass up.
3. Random Duck
My wife disturbed this unusual bird when she was mowing the front lawn a couple of weeks ago. It had been hiding in our rockery. Checking on the Internet, I think it was a Tufted Duck. Am I right? It ran off across the road, and didn’t seem able to fly. Never seen one around here before. Any thoughts?
4. I Know little about plants…
This rather robust (and very fast growing) plant suddenly appeared in our garden. I can’t seem to find it in any of my usual books – do you have any idea what it might be?
Al the best for now.
Cheers