SOLVE- Save Our Loddon Valley Environment

Massive protest outside the Council Building

Thanks to all those who attended the SOLVE hastily arranged meeting on Friday 20th August. It was standing room only at the RBL on Crown Lane. Following that, on Thursday 2nd September, Basingstoke and Deane Borough Council Economic Planning and Housing Committee met to discuss an update to the Local Plan and the proposals for 18,000 more homes across the Borough. It was estimated that around 150 people from all over the Borough attended the protest outside. The BBC long-time reporter said this was the largest ever protest gathering he had seen here. The protest was reported in the local paper and live on BBC South Today. 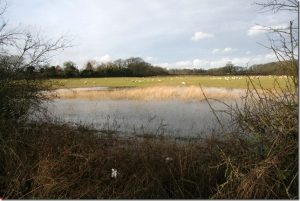 The common theme that unites us across the Borough is the excessive housing being imposed on our Borough by the Government. Some 29 members of the public, plus Borough Councillors, spoke against this. They said enough is enough, this is well above local needs and the infrastructure is creaking. Many Greenfields are under threat, including the Loddon Valley.

SOLVE organised the Council protest and were joined by many other groups from all over the Borough. We are now processing the responses, offers of help and arranging meetings with Councillors and interested parties.

SOLVE has had several offers to help but we can always use more, especially from those with expertise in relevant subjects. Contact – katetuck21@gmail.com .

You can also donate to SOLVE. Go to the website https://www.solveloddon.org for details.