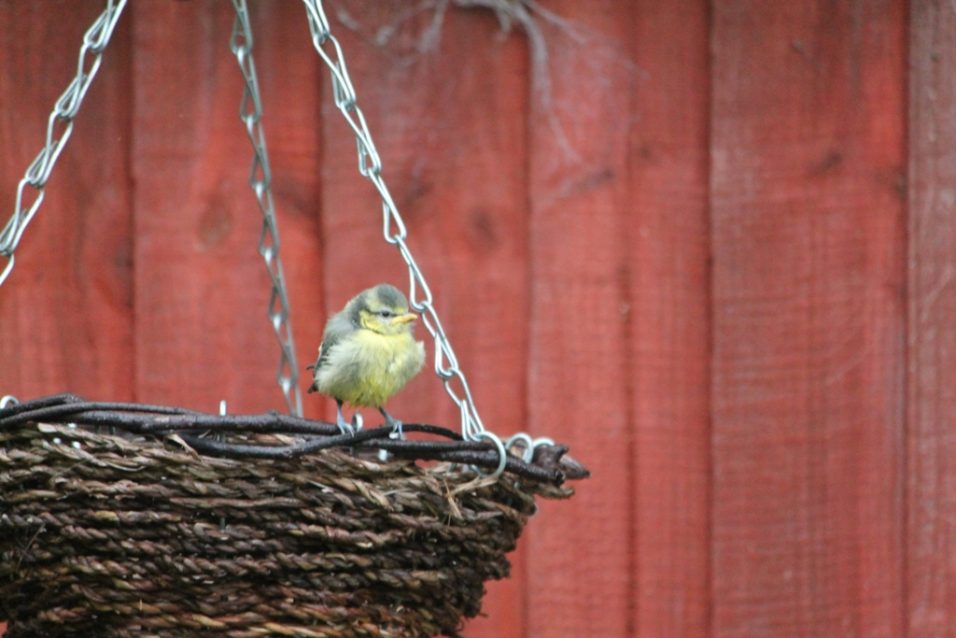 I am pleased to say all eight Blue Tits fledged safely and I spent two days chasing Magpies etc away till they left. Also heard a Cuckoo on 21 May over by the canal, first this year. 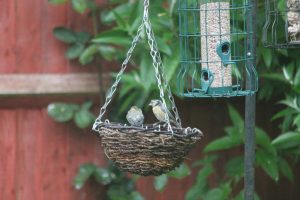 that’s good news then thank you and I am pleased that we had success here also.  Two boxes occupied, Blue Tits in one and they went this morning by the looks and Coal Tits in the other and they fledged Saturday.  Very cute.

Dunnocks left their hedge bound nest about 2 weeks but Robins alas left their chicks so we don’t know what happened there.Young GSW on the feeders yesterday learning the art of fatball pecking!