Probus hears a story of Tilting at Windmills

The classic book by Cevantes about the Spanish romantic, Don Quixote, who, thinking they were giants, futilely attacked the sails of windmills, has some similarities with the experience of Probus Club of Basingstoke member, Dave Kitson.

Some years ago. Dave and wife Jennifer, bought a house in Kent, moving from Teignmouth in Devon. They owned a motor home that they wanted to tour around Europe so moved to be close to the Channel ports.

However, the house had an interesting extension – a windmill. Known as Stanford Mill it had been built in 1857 as a corn mill.  It was a tower construction of five storeys with four sails that drove a cast iron windshaft and had four pairs of millstones, two steel mills and two roller mills. Milling ceased in 1969.

The ravages of time meant that by the time of their purchase the sails had been removed and a corrugated asbestos roof built over the cap frame. But it was also Grade 2 listed which brings all the authoritarian problems should any owner wish to make any changes.

However, Dave thought it possible to make the place presentable and usable as an annexe to the house even if it was not permissible to make it a separate dwelling. Hoping for some assistance from Kent CC he was to be disappointed by their lack of support. He made enquiries about the background to the mill and had drawings made of its original features. 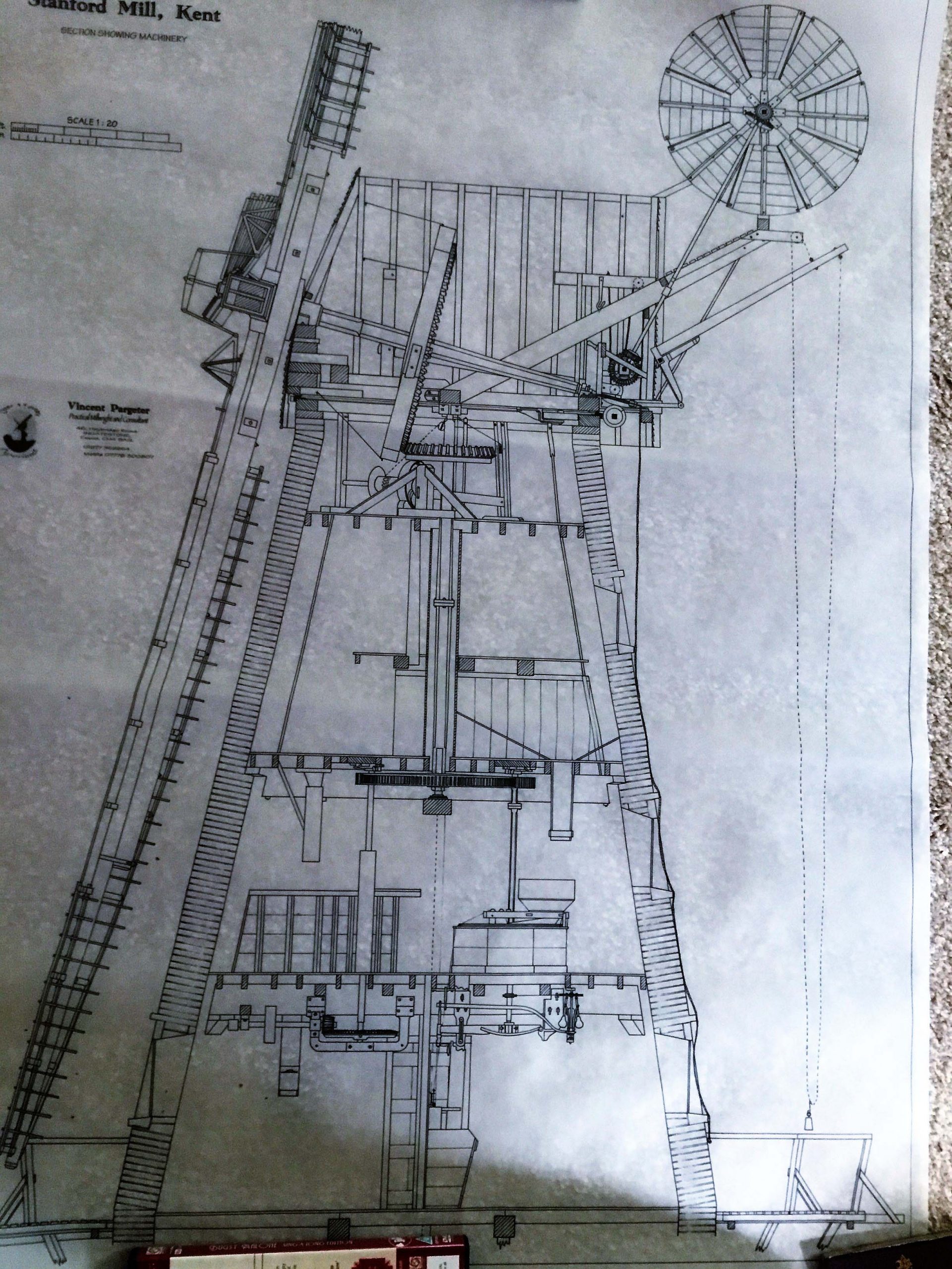 There was a lot of original machinery in the mill, which also had protected status, but some of the floorboards and ladders were rotten or missing. These should have lasted more than the 150 years the mill had been standing but there was an inherent problem of severe damp in the mill. Old photographs show that the mill had been coated with bitumen trying to prevent the ingress of water.

One day when working at the top of the mill Dave heard someone coming up one of the aluminium ladders he had propped up to replace one of the rotting fixed wooden ones, but there was nobody there. Spooky. Aluminium ladders make a distinctive squeaking noise, so he was beginning to think, ghost? A haunted mill? Surely not. After some time, still mystified he descended via the same squeaky ladder to the outside and then heard the same noise. It came from a man on an aluminium ladder painting the outside of a house but some 70 metres away and yet in the mill it sounded almost behind him.

Standing so long and so visible there were many occasions when the mill came under some form of attack. The solid construction of the mill stood it in good stead in the first World war when a passing Zeppelin dropped a bomb, presumably aiming at the nearby railway, instead landing nearby and caused a split in the brickwork on the ground floor.

Windmills were always getting struck by lightning and Stanford Mill was no different. When Dave and Jennifer were abroad in their motorhome a lightning strike did no discernable damage to the mill but the electric cables between the house and the mill blew out many of the power sockets in the house. This caused a small fire on the carpet in the lounge, which fortunately, extinguished itself.

Another time there was a local earthquake which left the sturdy mill undamaged but separated some of the partition walls from the outer brick skin of the house.

Enough was enough for Dave and Jennifer and when their daughter announced that she was pregnant they decided to move to Basingstoke to be near to her. But selling the house, complete with a potentially problem windmill, did not present any difficulties with the buyer wanting to take possession as quickly as possible. Perhaps he had deep pockets if the mill was to be brought back to some usable condition. Windmills may stand proudly on the landscape but, as Dave Kitson will attest, could need bottomless pits of money for their upkeep.

The Home Office has joined forces with charities including the NSPCC, Barnardo’s and The Children’s Society to launch a new campaign to protect victims of child abuse. The campaign, ‘Something’s Not Right’, encourages young people to recognise different forms of abuse, report it and get help. 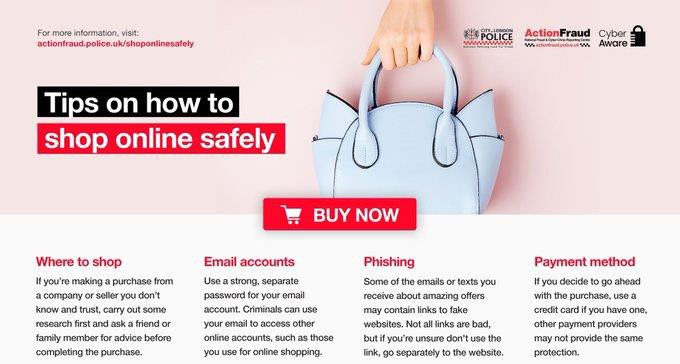 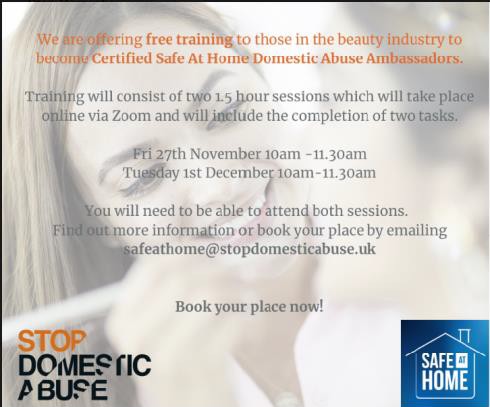 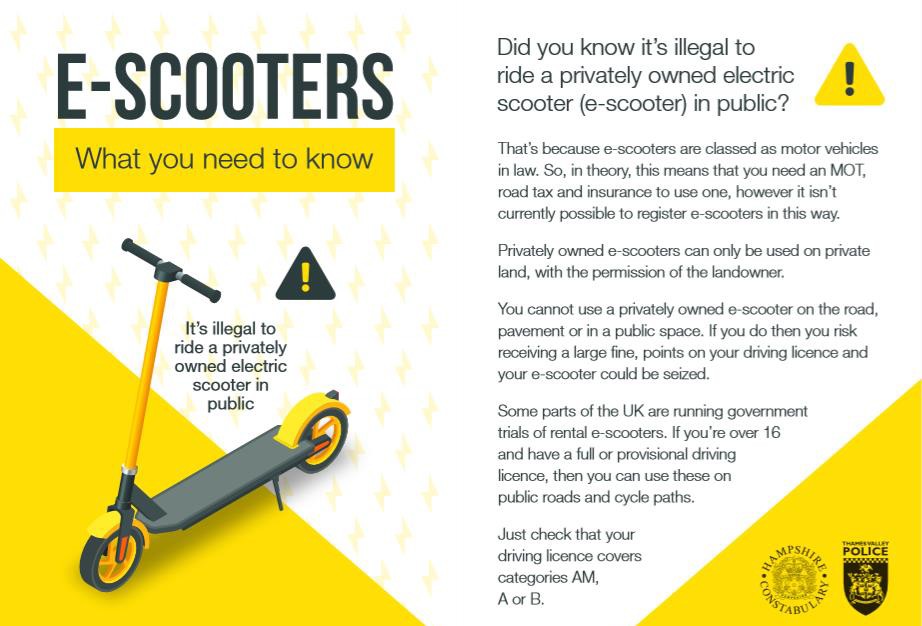 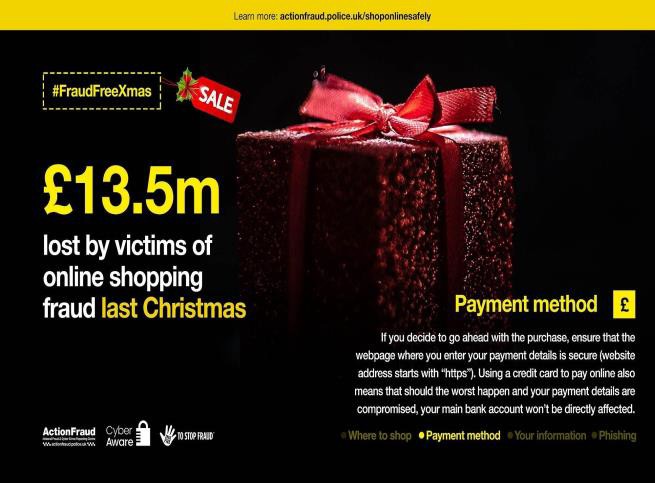 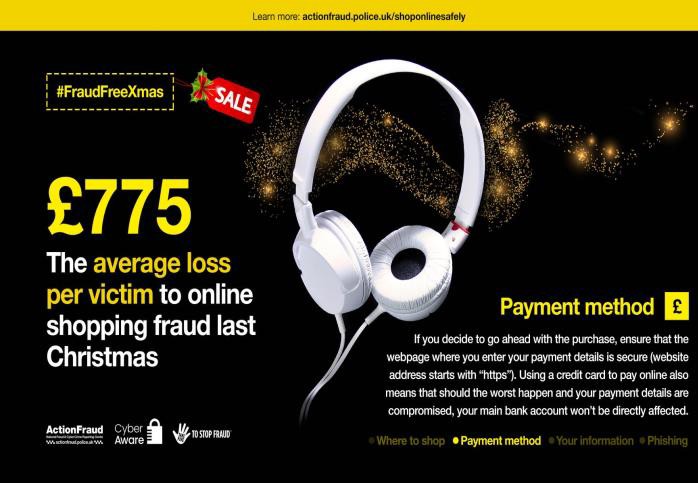 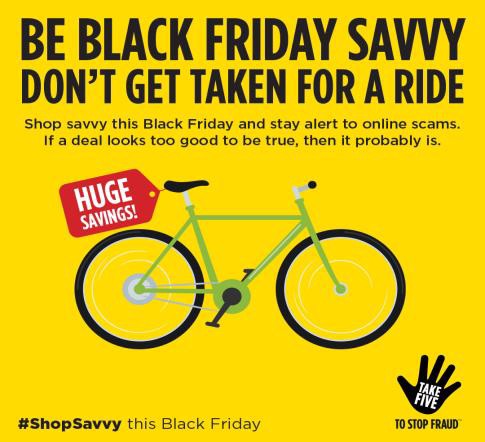 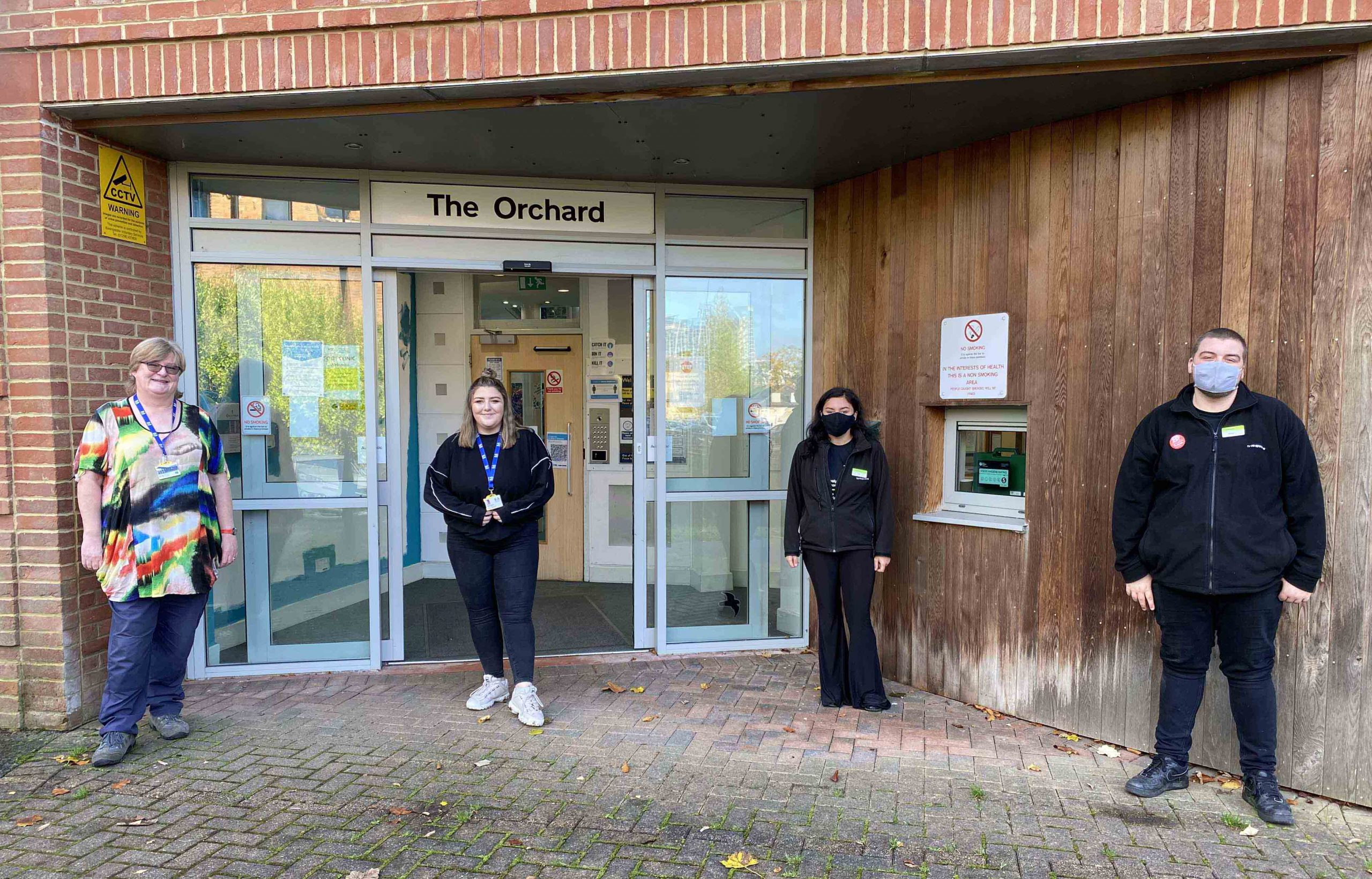 More than £1,500 worth of pots, pans and kitchen goods have been donated by a local co-operative to help local families in need.

The different ranges of goods were all leftover following a refit at The Co-operative Food in Tadley.

But rather than send them to another Southern Co-op retail store to sell, colleagues decided they would donate them to the Basingstoke Voluntary Action charity.

The group, which describes itself as a charity that supports charities, has offered the large haul of kitchen goods to two charities and hopes they can go on to help people who are having to start their lives over.

Rebecca Hayward, Store Manager, said: “A lot of the usual charity activities have had to be put on hold this year but donating goods like this is a nice safe way we can continue to make a difference.

“The Amazon lockers are now taking up the space where these products used to be on display so it felt right to donate them to a local cause. Being a Basingstoke charity, our colleagues know some of the people who work there and it’s great to know that the donation will benefit people in the local area.”

Basingstoke Voluntary Action has over 300 members who are charities or not for profit groups and together they have recently launched a new community lottery which could generate around £20,000 a year in funding.

The charity is also running a Reboot IT project which allows people to donate their old computers and laptops to be wiped and upcycled before being given to children who are being home schooled or the elderly to help address issues around isolation at this challenging time.

Neil Morrow, Project Manager at Basingstoke Voluntary Action, said: “We are the go to place for local charities and good causes to ‘get stuff done’ and helped co-ordinate the local response during the pandemic.

“Not for profit local causes can come to us for a range of help and support, from starting up a new cause to finding funding and volunteers, all of which are offered in return for becoming a member of Basingstoke Voluntary Action – for which there is no cost.

“Because of the way we work, we have been able to reach out to our members to see who can benefit from donations such as this and we know it will make a difference to local people.”

Local causes are invited to get in touch with Basingstoke Voluntary Action via www.bvaction.org.uk or by calling 01256 423816.

…NEWS
The Pink Place is still here for you through this pandemic and beyond. So don’t suffer alone – come and join us for support, talks and activities to improve your well-being.

Crafting Together Christmas Crafts now and through December
Explore your creative side – Thursdays. 2pm – 4pm

Join one of our Virtual Craft sessions. Come along, bring a coffee/tea and whatever creative project you are working on.
Or just turn up and watch and get inspired. Always new ideas to try, no experience necessary and our crafts are easy to follow. Very relaxed craft and chat session.
Next session 26th Nov: Paper Christmas Wreaths

Wear your Christmas Jumper, bring your favourite party food and drink. Enjoy our programme of live music, fun, games and plenty of laughter.

With the darker nights, we launched MOVE-ember for The Pink Place to encourage people affected by cancer to increase their activity, set themselves a goal, and have fun whilst raising money for The Pink Place. Exercise can help improve your mental and physical health.

Many of our group, and our supporters and volunteers have got involved with their own individual and unique challenge.

Lesley is walking 1100 steps each day in her garden
Jane is walking 64kms (40miles)
Louise is taking ballet and tap classes.
Andrea is walking from Alton to Buckingham Palace (virtually of course) 81km
Other Challenges included Learning to Hula-Hoop, Dancing through Move-ember, swimming in the sea, chair yoga, Pilates and even moving house!!

It’s not too late to donate & every £ encourages our MOVE-ember team and raises money to keep our support services going. Just click on the Virgin Money Giving Donate Button above.

We do need your help…please can you take 2 minutes to vote for us?
Vote for Us !!
12 Days of Giving £120,000 giveaway for nominated charities. Please nominate us!

Click https://www.movementforgood.com/12days/index.php?cn=1153494&ct=health to nominate The Pink Place for a chance at winning £1,000 to help our charity. Please vote for us and share the link and encourage family and friends to vote too!

Help The Pink Place get £300 !
Domestic Services UK Window Cleaning are generously giving £300 to a local charity.
The Pink Place is 1 of 5 charities who have been nominated – the charity with the most votes wins.
Please vote for us before 4th January and ask you friends and family to help us too!
Vote here: https://www.facebook.com/ThePinkPlace/posts/3845810728762602

Online Christmas Shopping? Have a look at these sites…
Brilliant Little Brands – Virtual Christmas Fair for The Pink Place

The Christmas Fair for The Pink Place runs from 23rd Nov to 6th Dec and 10% of purchase price goes to The Pink Place – at no extra cost to you.
Hundreds of independent stores, take a look for those unique Christmas presents!
https://brilliantlittlebrands.com/pages/pinkplace

Each time you shop at Amazon, please log into your account via Smile.Amazon.co.uk & choose The Pink Place as your chosen charity. You will not need to set up a separate account; all your previous Amazon history will still be available in Smile.amazon.co.uk. Amazon will then donate 0.5% of your purchase to our charity.

It’s a great way to raise funds for us whilst shopping.

Basingstoke and Deane Community Lottery
Tickets only £1 and the chance to win up to £25,000 in the weekly draw. From your £1 ticket price, 50p goes to the Pink Place, a further 10p is shared by local charities.