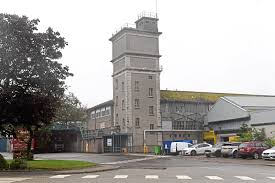 Probus Club member, Richard Stettner, spoke about finding export customers for specialised paper made by Basingstoke company, Wiggins Teape. This material, produced at their mill at Stonehaven, Aberdeen was used by other companies as the base for the manufacture of imitation leather used in automotive, clothing, shoes and upholstery. 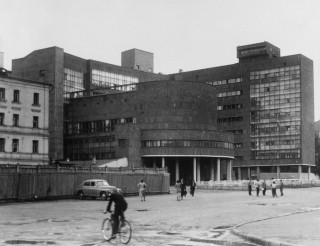 The thought was Russia had business potential and operated a central buying organisation, so Richard joined London based Russo-British Chamber of Commerce who organised annual trade missions to meet the Ministry of Light Industry in Moscow.

It was only on arrival at the hotel was an envelope presented containing his meetings in the next seven days.

“We had been educated about the various surveillance techniques that would be used to monitor our activities”, said Richard. “And we knew the top floor of the hotel was given to monitoring the guest bedrooms.” 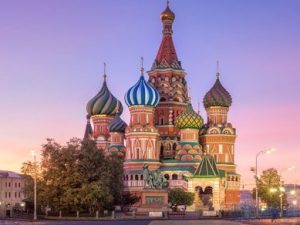 A taxi was at his disposal each day with the driver noting which offices were visited, duration of meetings and how spare time was used.

With trade mission colleagues, one night in the bar at the Bolshoi, they were monitored by a young lady from their hotel.

Russian roubles were not traded in the West so currencies like US dollars, Deutschmarks and Pounds Sterling were permanently required. Shops existed that accepted Western currency and while $10 would buy a pack of 200 Marlboro cigarettes their value to the Russian public multiplied many times.

Richard explained, “Ten of us had a meal together and it was paid for by a pack of 200 Marlboro cigarettes.”

After several visits, some business was transacted but the Russians wanted to barter trade wood pulp, which Wiggins Teape need in paper manufacturing. The first delivery was of poor quality so could not be used. That was the end of the relationship.

Other Eastern bloc countries turned out to be more productive.