A new strategy to get to a net zero carbon footprint by 2050 is being revealed today by the regional co-operative, Southern Co-op.

With retail and funeral services across the south of England, the independent co-operative has committed to reduce its absolute greenhouse gas emissions by 50% by 2030.

It has already achieved a fall in emissions by 25% from 2012, the year in which it first started measuring its footprint. The new reduction target will be reset from a baseline of emissions in 2019.

Initiatives to reduce its carbon footprint have already included installing LED lighting across its estate, movement sensors to control lighting in stockrooms and employee areas, airflow technology or doors for refrigeration, and solar photovoltaic panels at seven locations.

The science based target will be announced at Southern Co-op’s AGM later today.

Chief Executive Mark Smith, who chairs Southern Co-op’s Climate Action Group, said: “It’s really important that all businesses step up to the challenge of limiting the growth in global temperatures to no more than 1.5 degrees above pre industrial levels by the end of this century.

“Any rise above that level is likely to be increasingly catastrophic and we must, and we will, do our bit to help prevent that happening.

“As part of that we want to be at the leading edge of how companies are setting climate related targets and reporting against them.”

Southern Co-op’s 50% reduction carbon target relates to emissions that fall under its direct operational control and influence – scope 1 and 2 emissions – such as electricity, gas and fuel use and those associated with refrigeration.

It will also be making a further commitment that, by the end of January 2021, it will be publishing an additional separate commitment to reduce its scope 3 emissions – indirect emissions such as those associated with products and the wider supply chain.

Gemma Lacey, Director Sustainability & Communications at Southern Co-op, said: “This is a science based target aligned with a 1.5 degrees centigrade emissions scenario. We will also be seeking validation of our targets from the Science Based Targets initiative – a partnership between leading environmental companies that determines how much emissions businesses must cut to prevent the worst impacts of climate change.

“We need to take action now if we are to prevent the worst consequences of global warming. That means scaling and accelerating activities to deliver greater carbon reductions to support the achievement of global climate goals.

“We hope it is something all of our colleagues, members and partners will support in order for us to protect the future of our planet.”

Southern Co-op is committed to supporting the UN Sustainable Development Goals including Goal 13 Climate Action: To take urgent action to combat climate change and its impacts.

To support its customers to reduce their own environmental footprint, compostable bags have been introduced in stores where the local authority collects household food waste recycling.

To find out more about Southern Co-op’s commitment to the climate and environment, visit www.thesouthernco-operative.co.uk/our-plan. 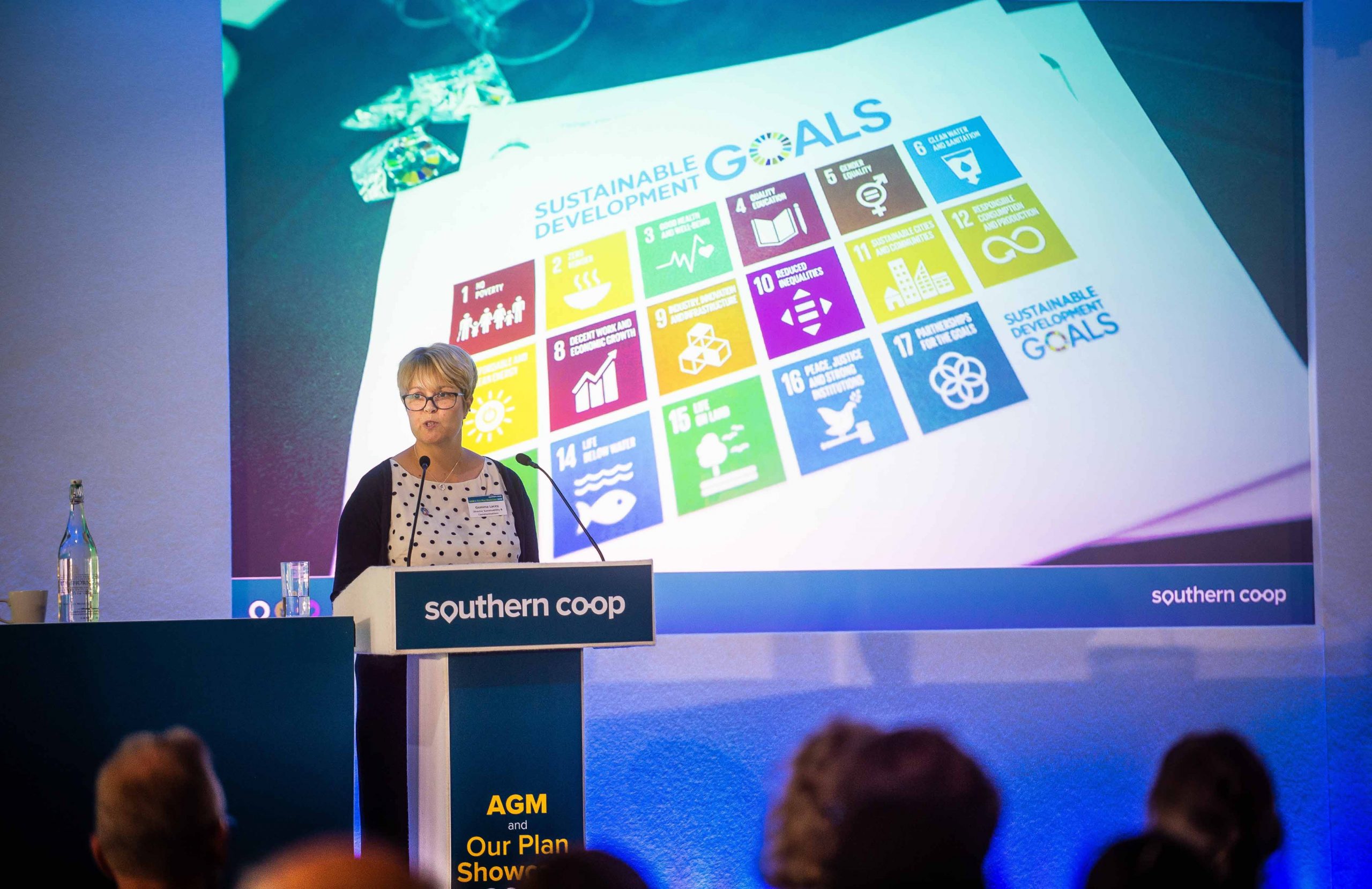