Probus – Behind the Scenes at Eurovision

Basinga Extra > Extras archive > Probus – Behind the Scenes at Eurovision

Over the years watching the Eurovision Song Competition you probably wondered about the voting pattern of various countries. Gordon Lewis, the speaker at the latest meeting of the Probus Club of Basingstoke, knows that your suspicions are correct. The winning song being voted on by all the countries, is influenced by politics of the day and PR pressure through parties held at the highest social level. 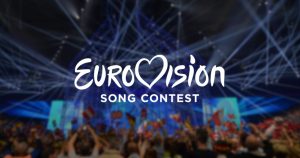 And Gordon Lewis knows what he is talking about. As a journalist he had attended eight Eurovision Song Competitions over the years and had seen these influences at first hand.

Song festivals had long existed in Europe – for example the Sound of Music film showed the situation in Austria in the late 1930s. After the conclusion of WW2, the European Broadcasting Union was set up in Switzerland to help popularise television. At their 1950 AGM, held in Torquay, it was considered that a song festival to find the best song in Europe would help relationships. Current technology prevented this idea progressing until 1953 when the BBC succeeded in broadcasting the Coronation to our neighbouring countries of the Republic of Ireland, northern France and the low countries.

Advances in technology meant that in 1956 the first Eurovision Song Competition was held in Lugano, Switzerland. Seven countries took part but was it a coincidence that the winner was the host country where the headquarters of the European Broadcast Union had been established to bring harmony to viewers?

The speaker gave many examples of how countries vote for the top award of douze points. Greece always supported Cyprus claiming to be because of a common language but in 1999 the free choice of language meant that many songs are sung in English. Geographical and historical connections as seen between Norway and Sweden, Russia and Azerbaijan due gas and oil. While UK and Ireland used to support each other but not so in recent years.

The dreaded nul points will always be the case between Serbia and Slovenia because the latter country was the first to break away from the old Yugoslavia which led to the Balkan disaster. Armenia will not support Azerbaijan because of a border dispute and France does not support UK perhaps because of the Hundred Years’ War. 2003 saw UK receiving nul points because of anger in EU that Britain had entered the Iraq war. Georgia will not vote for Russia because of their invasion and eventual withdrawal but was disqualified from the 2009 competition because their song was about shooting President Putin of Russia.

Direct political influence happened when General Franco needed to boost the tourist trade to Spanish beaches and enlisted the assistance of President Tito of Yugoslavia. Cliff Richard singing Congratulations was the clear favourite but was beaten by one point by Spain’s entry La La La that contained 120 repeats of the title. There is little merit in the winning song, which was instantly forgettable, but political ends were met. 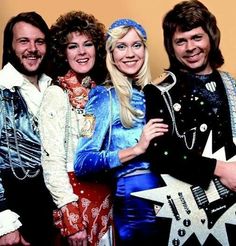 Circumstances can also influence the result. In 1974 France backed out because it was the funeral of President Pompidou. The Italian entry had been expected to win but those countries expected to support the French entry then had to vote for another song and the unlikely winners from Sweden was a group named ABBA with the song Waterloo. The rest, as they say, is history.

Such political influence goes back a long way to 1959 when Pearl Carr and Teddy Johnson sang the UK entry Sing Little Birdie Sing. Teddy was at a bar when he overheard Italy and the Netherlands agreeing not to vote for the UK entry. This, you will recall, was a song contest with the aim of bringing countries together.

UK last won in 1997 with the song Love Shine A Light by Katrina and the Waves. While the backing group, the Waves were British, Katrina is American. She came to live in England as a child when her father was stationed here in the US Airforce.

In recent years some non-European countries have been allowed to participate. Israel and Australia are examples. This is because they are full members of the European Broadcasting Union which allows their entry. New Zealand are upset because their associate membership fails to permit their entry which means they lose the ability to promote their country to the watching millions.

In 2022 the competition will be hosted in the Italian city of Turin. No doubt the same influencing and politicking will continue unabated – after all the Eurovision Song Competition would not be the same without it.